Warhammer Underwear: The Eyes of the Nine

Tzeentch, the changer of ways also has a special place in my heart, (next to Nurgle, Khorne and Slaanesh…) and this group reminds me that I still have some unpainted minis from Warhammer Quest Silver Tower to do.

I seem to have jumped the queue abit with this one, a second season Nightvault warband. There are still some first season warbands left to do. 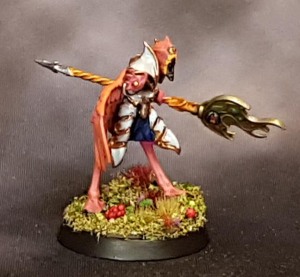 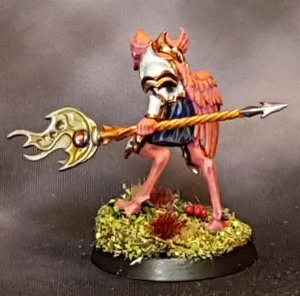 Vortemis the All-Seeing. One of the few heroes without the heroic cape, Although the single wing does seem to fill that function.

Tzeentch-miniatures have a strong pretty-bird-like quality about them, and what is more birdlike than a flamingo?

The white is just Reaper Leather White (a very light grey) with gloss varnish. It looks good IRL, but does not photograph that well. 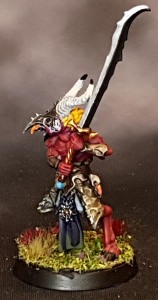 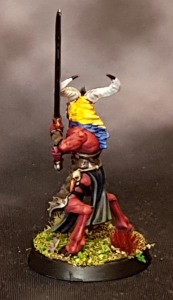 I wanted to make the Tzaangors like parrots but nothing seemed to work. This one went through a few variant paint schemes before settling on this.

Here is a tip: swords that have two distinct lengthwise halves can be effectively painted with one half bright silver and the other half deep black. Just make sure to keep the edge neat and straight. 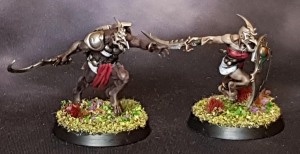 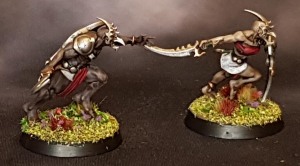 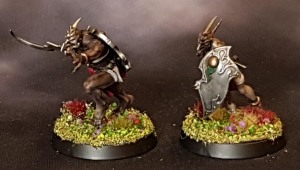 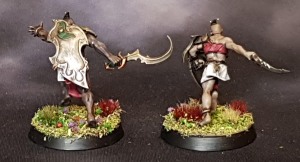 I painted these to match the 8 Kairics from the Silver Tower set, which now means that they have a full 10-count for Age of Sigmar!

Gotta love games set in a shared universe. I also like to see females included as just one of the guys and without those rampant stilletto heels or them always being top-heavy in chainmail bikinis. 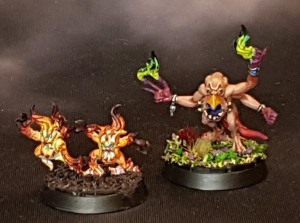 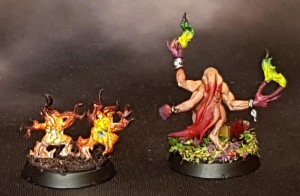 Daemons: The Blue Horror, and the Brimstone Horrors.

When a Blue Horror gets brutally murdered in game, it devolves into a pair of fiery Brimstone Horrors that replaces the model and can keep on fighting albeit rather more weakly.

Finished from the stash: 227