Just some random older Bones today. I have been looking through the drawers a picking a few bones that I deemed in need of a different base than what I originally gave them. During my search I have come across a few minis that I got the itch to paint, here is the first batch:

From Bones 1, Nor’Okk the Ettin 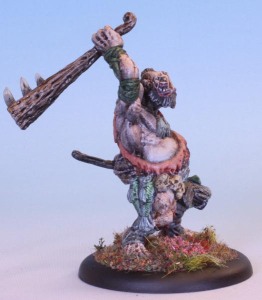 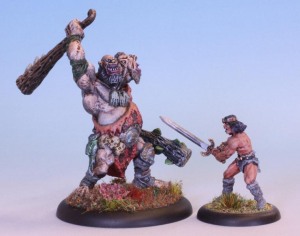 from the Bones 1 kickstarter, “Mind Your Manors” add-on

From Bones 3, the Werearmadillo 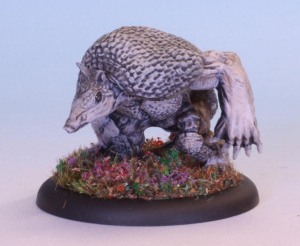 Obviously, lycanthropy has spread too far…and this is a reminder that Reaper are from Texas, where armadillos are native and as I understand it, seen as pests. I would really like to know how the sales figures for this model compares to other lycanthropes.

This one was chosen for painting mostly for the easy win.

from the Bones 3 Stoneskull expansion 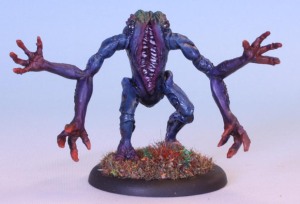 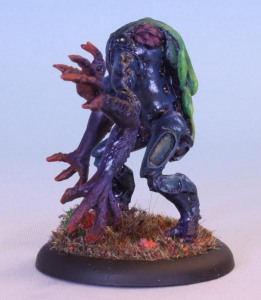 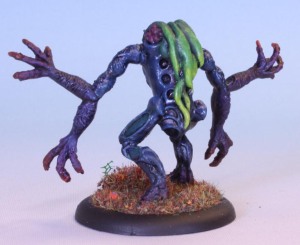 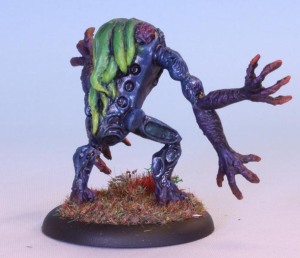 “It was a paw, fully two feet and a half across, and equipped with formidable talons. After it came another paw, and after that a great black-furred arm to which both of the paws were attached by short forearms. Then two pink eyes shone, and the head of the awakened gug sentry, large as a barrel, wabbled into view. The eyes jutted two inches from each side, shaded by bony protuberances overgrown with coarse hairs. But the head was chiefly terrible because of the mouth. That mouth had great yellow fangs and ran from the top to the bottom of the head, opening vertically instead of horizontally.”

H.P.Lovecraft, The Dream-Quest of Unknown Kadath

Ahoy, my dream enemy! Have at you!

Also, this one will be a part of the Kings of War Nightstalkers army.

from the Bones 3 Mythos expansion 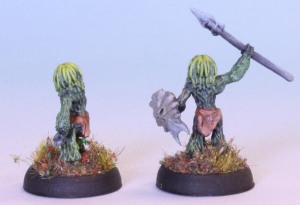 The Children of the Forest. Now, where has that three eyed raven gotten to?

At last, vegetables that fight back! Take that you Vile Weeds!

from the Bones 3 Stoneskull expansion 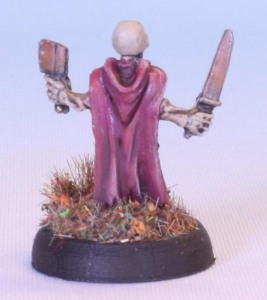 With a meat cleaver, still looking for some elevenses.

from Bones 3, Undying Lords add on

All available from reapermini.com

These minis were finished June 28th 2020