The first round of the Lead Painter’s League 13 has finished, and here is my entry:

I called it “It came from the Smog, take 1”, had to keep it short because of the 30 character limit to the title. Anyway, “Vampires in the mist” had more of a jungle vibe to it. Since the first round had the optional theme of Gothic Horror, it made more sense to keep it more 19th century urban.

I originally had done another group of minis for this round, but they were a bit lackluster and the photos did not turn out too well. Then I chanced upon the film crew minis which sparked off some ideas for a scene for the team.  I will keep the aforementioned team in reserve for now.

Now, I have absolutely no scenery that might fit this theme, so I opted for the simple but effective cotton wool fog or smokebomb-look. The placement of the minis says the rest, a film shoot. 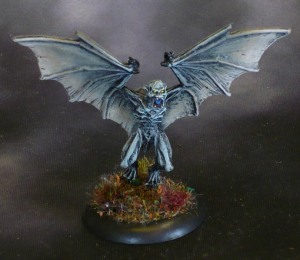 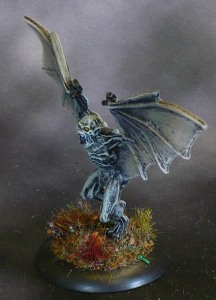 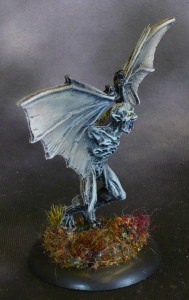 This mini is called “Vorvorlaka” and is from the Bones 3 kickstarter, Graveyard expansion. I based it on a 30mm lipped base.

These are also from the Bones 3 kickstarter, Mythos expansion, and called “Victorians”. These are good examples of minis I probably would never have painted without a specific reason. But here was a reason, so I did. There is a third mini to the set, which seems to be destined to stay unpainted forever! Muhahahahaha!

The colour schemes are inspired by the “town walk” outfits of Mina and Vlad in 1992 movie Bram Stoker’s Dracula. 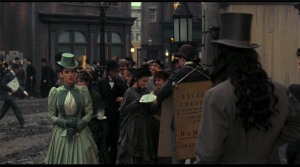 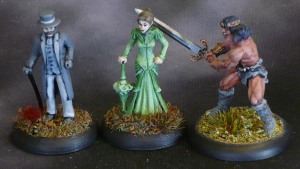 …and for some reason these are in a smaller scale than most other reaper minis.

These are metal minis from the Pulp Figures, Heroes and Personalities series. 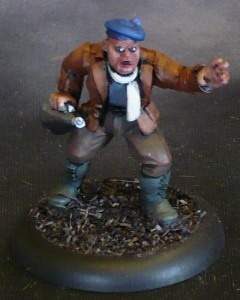 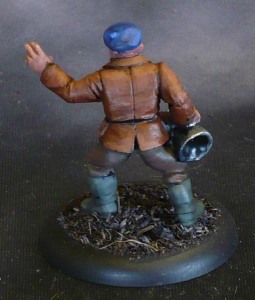 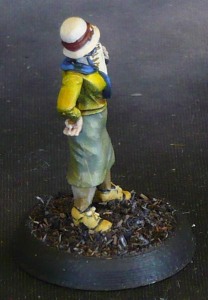 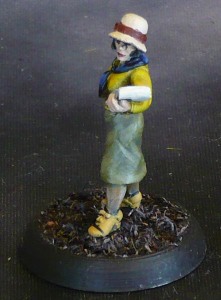 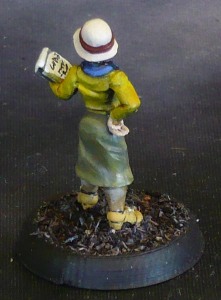 Billy Boyle the Clapper. I based his colours on Wallace. I gave his bald dome a bit of shine with gloss varnish. 25mm base. 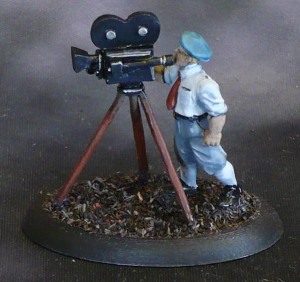 These were all painted in September.

In other news: I have now completed two (three) full teams for future rounds, and a fourth well underway. The halloween themed minis have arrived and have been prepped, soon to recieve some colour. I am flipflopping about the round 5 team, this is to be just the team and a plain white background. I spendt a full day trying out a paintscheme for a team, but it turns out it really does not photograph well, so I have dropped that idea. I will use said paint scheme for the minis I intended, but not for this round. So now I am thinking about doing a type of minis that I do have a team of, and that is quite different from what I normally would paint, and that I have not painted before…could be an interesting challenge.

Future LPL13-entries etc that I cannot post quite yet: 34