The last couple of weeks have been full up with work and not much time for other things. I have been plonking away at these just a little at a time since my last post about a fortnight ago.  These are member of the Sauroid Tribes according to the flavour text. (Assuming the “Sauriod” is a typo, and the later “Sauroid” is the correct name). Each of “these warring tribes are highly territorial and will brook no trespassers on their sacred lands”, and they constantly battle both amongst themselves and with the warlike Jade Fire Clan orcs.

Cross referencing the tribe names in the flavor text with the kickstarter expansion image we find that each model represents a separate tribe:

From left to right Skywing, Bloodcrest. Blacktooth, Thunderfoot and Armorback. So that is five distinct tribes with a totalt of one miniature each available ;P

These have been released to retail by Reaper, so they have proper SKU numbers. (# in parenthesis are from the expansion image) 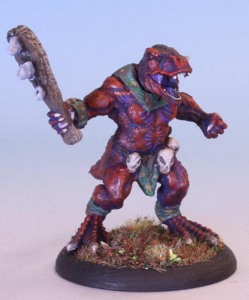 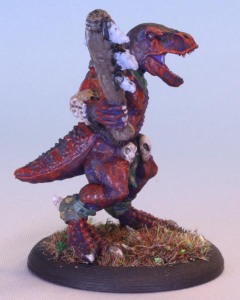 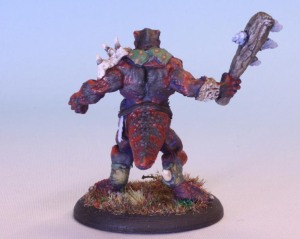 Tyrannosaurman! Painted in mostly the same scheme as the T-Rex-lookalike Blacktooth Terror. Black and red being markers for “evil”. He likes to wear thunderfoot skulls as pauldrons. 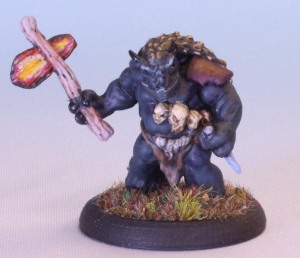 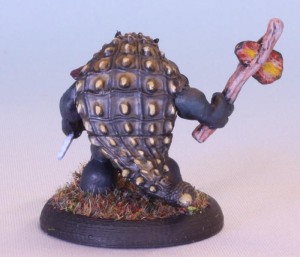 Anklyosaurman! I found a picture of a tortoise with this colouration, so I went with it 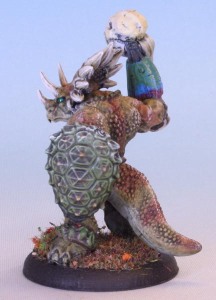 Triceratopsman! Mostly the same colours as the upcoming Triceratops aka Thunderfoot Behemoth. 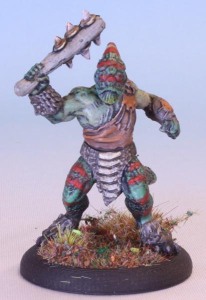 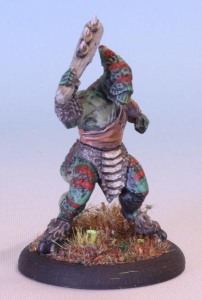 Parasaurolophusman! Just some old-school dino colours for this one. 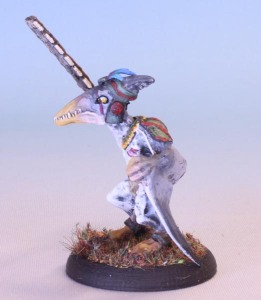 Pteranodonman! I modelled the paint scheme after a seagull. This one has a South American Prehispanic vibe going on. Probably on account of the headdress. Not the macahuitl at all. No sirree Bob!
32mm base.

You are in big trouble now, little man.

Made in Bones Black PVC

These models were completed the 24th of April.