Time for something not monstery but maybe from a monastery. From the Bones 4 core set a female paladin-type and a male foot knight-type. 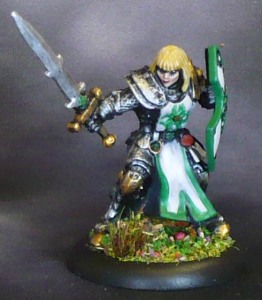 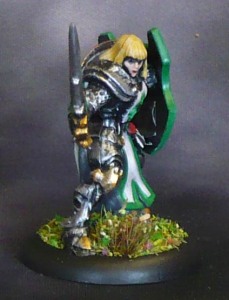 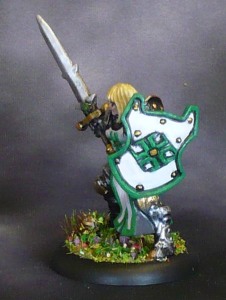 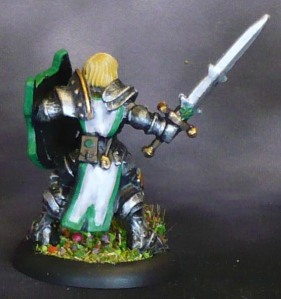 This one was a bit of a struggle as I foolishly started from a black undercoat and later decided to do the tabard and shield in white. Bad Idea! Especially when I accidentally managed to paint a black line on the finished white shield….argh! seven coats of white later is can still be seen, albeit faintly. I am not entirely happy with the results around the sheild design, which ended up less sharp than I would like. This is also the same shield design as on the Bones 3 “crusaders” subset and also on Sir Justin Forscale, so apparently they are members of the same knightly order or follow the same deity.

There exists a metal version of this minis called “Ava Justinia, Female Templar”

30mm round lipped base 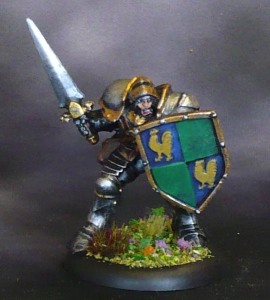 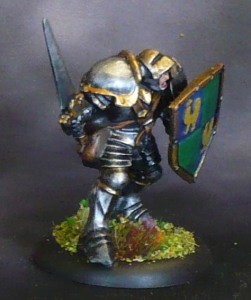 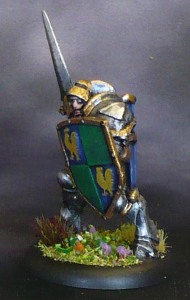 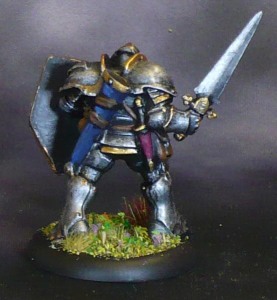 Hm. I seem to have merely blocked the cocks. Need some smooth gradient work maybe.

I belive this to be a new, digital sculpt for the Bones 4 KS.

30mm round lipped base 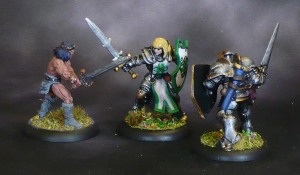 Arnold is a bit on the short side, isn’t he? Or is that perhaps Brienne the Beauty’s taller sister?

I have cut off the integral bases,  as I like them all to have similar base styles, and the Bones bases are all over the place.. Even though some of the newer oval ones are nice, in the end they just had to go.