My arms are acting up again. (Curse you, painfully inflamed carpal tunnel ligament-thingies!)

So I will have to put painting a bit on the back burner for the immediate future until the pain clears up again. Hopefully soon…

But I was able to finish the Shadespire Farstriders, the Stormcast Vanguard-Hunters variants. Basically Cybermen with pistols. And a bird.

These ended up being a bit  uninspired. I found them to be slighty too busy, and that made them just a bit tedious to paint. So I dropped the superdetaling and rather just finished them off to get them done.  A “Tabletop+” paint job would be the shorthand, I think.

I went with the same general colour scheme I used on the Steelheart’s Champions, and that I probably will be using for my Stormcast Eternal army, if I ever get around to painting it. 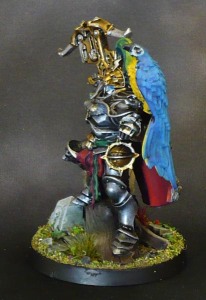 Sanson Farstrider. The Birdman, and the leader of the warband. I did Polly the Aetherwing as a blue/gold parrot. Sanson likes to feed it Crackers. 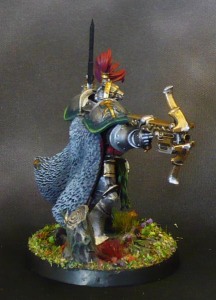 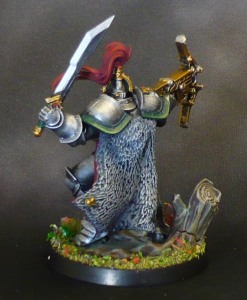 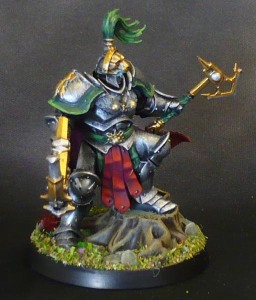 Almeric Eagle-Eye. The classic Hero pose with foot on stump.

These cybermen are well hard, with only three miniatures to a warband. The Goblins were nine minatures!

From the Warhammer Underworlds: Shadespire expansion of the same name

Bonus: The Walking Dead All Out War objectives

These have been a long time coming, lying around half painted for ages and cluttering up my painting space. So I decided to finish them off. Simple stuff but nevertheless effective.

These are Objectives representing supplies to be searched, scavenged and fought over in the game.

From the Walking Dead All Out War Scenery pack, also found in the base game set