The snake people from the Bones 4 core set “Nagendra” subset. Nagendra would presumably be Reapers name for the Yuan-Ti snakemen of D&D fame that these would be similar to.

Since I saw them I had this inspiration to do the snakes as the types that the Kill Bill Deadly Viper Assassination Squad use as code names. 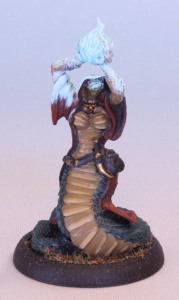 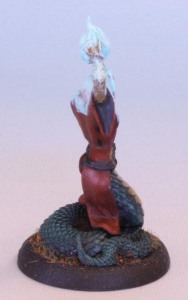 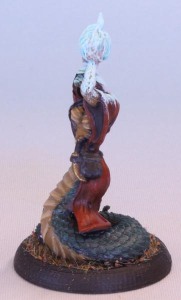 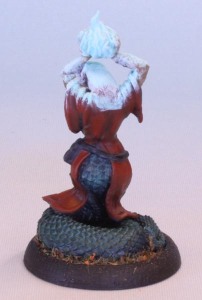 I went with a more typical fantasy colour scheme on this one as the code name is not a snake species. I imagine that snakes, being cold blooded (technically they are not actually cold, but  poikilotherm which means their body temperature is regulated by their surroundings, and not heated internally like warmblooded creatures like mammals. This again means that they are sluggish and slow when cold and quick and speedy when warm.)  would find frostfire especially dangerous and deadly. 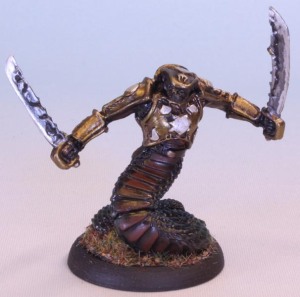 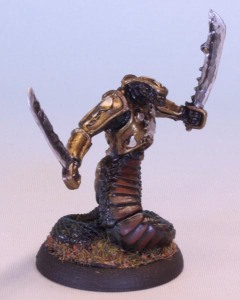 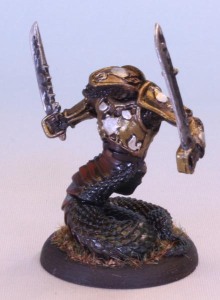 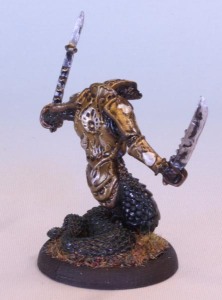 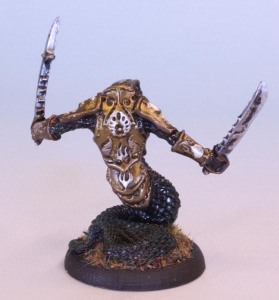 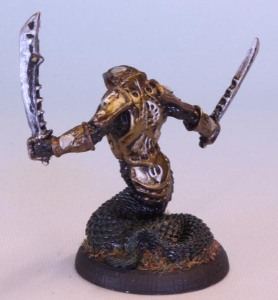 Black Mamba aka the Bride aka Beatrix

The champion with better armour and more weapons naturally gets the place of the deadliest assassin in the squad. After all, she did slice up 87 of the Crazy 88 and gave the last one a good spanking. 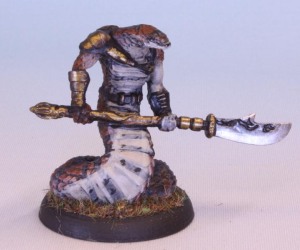 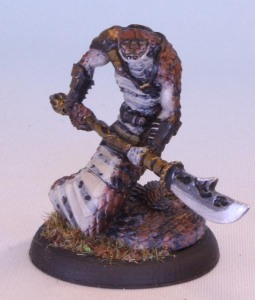 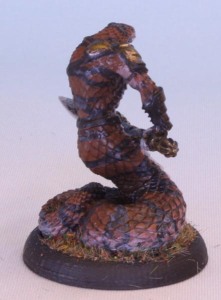 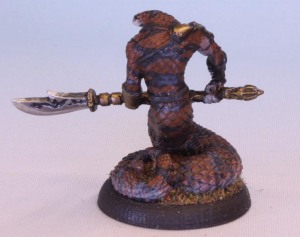 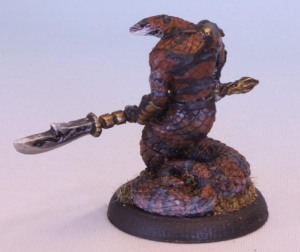 Yakuza overlord with alot of bodyguard mooks around.

It is too bad none of the Nagendra have open mouths as the most distinctive feature of the Cottonmouth isn’t really visible. 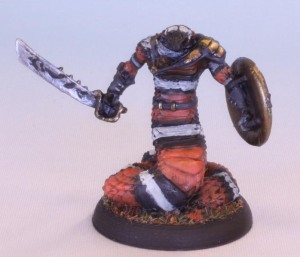 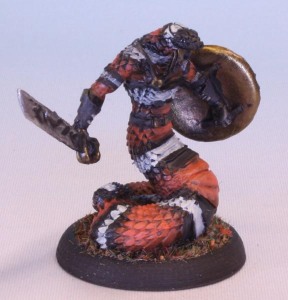 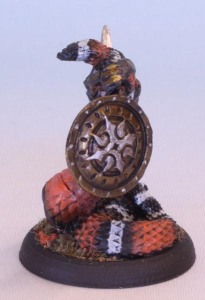 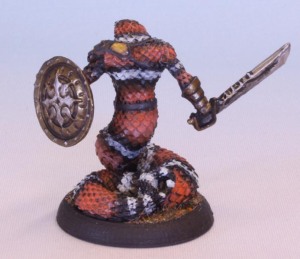 One eyed and hateful. Likes impersonating nurses to get at the patients. Enjoys poisoning fish heads before feeding them to the elderly. 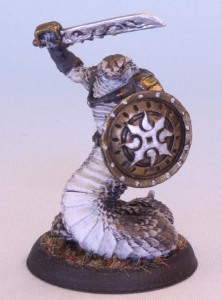 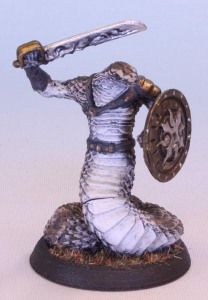 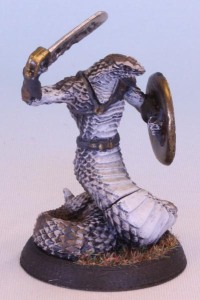 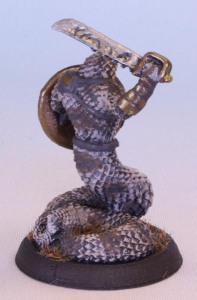 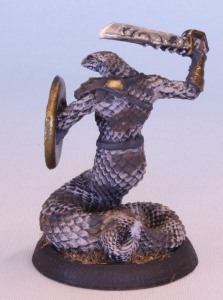 He works part time as a bouncer in a titty bar and likes burying his enemies alive. 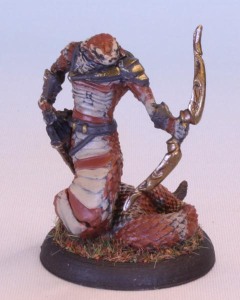 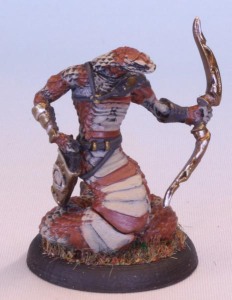 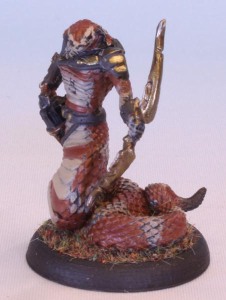 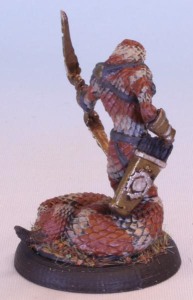 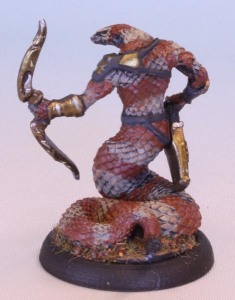 Tried to settle down as a soccer mom, but her past caught up with her. Would rather have been a Black Mamba.

These are speedpaints, and therefore all a bit rough. All done in just a few hours. My work commitments have increased significantly lately, so I do not have that much time to paint.

I might revisit them with washes, lining and detailing at a later date, but for now they are acceptable for the table top. They are all painted from a black undercoat.

I made a 32mm base adapter that fits 25mm bases, and used it on these to make the bases more in line with both the size of the models and the rest of my basing for the Bones models.

Thulsa Doom: “You killed my snake. Thorgrim is beside himself with grief! He raised that snake from the time it was born”.

Conan: “You killed my mother!”

32mm 3Dprinted base adapters on the 25mm integral bases, get yours from thingiverse here

should be available from reapermini.com some time in the future in Bones. Currently available in metal.