Bones: Giants of the Storm Clouds

In the first Bones kickstarter Reaper made several pairs of Giants. This pair was labeled as Storm Giants at the time. 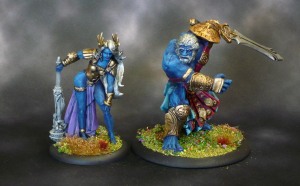 For some reason, the female is quite a lot smaller than the male.

Say what you will, they certainly are giant sized when compared with humans!

I chose to paint them as Papa Smurf and Smurfette, just because.

In the third kickstarter Reaper started redoing the Giants, replacing them with significantly larger versions of previously released ones. These have not been remade (yet). I would expect them to do that in the expected-to-be-upcoming fifth kickstarter, as they have recently shown off a print of the same female figure in a different pose and at about twice the size. 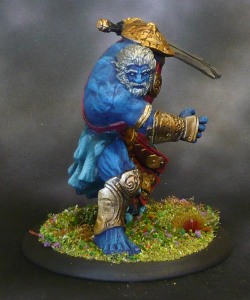 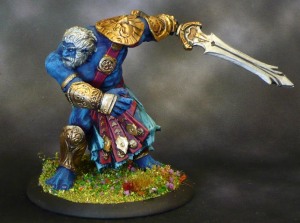 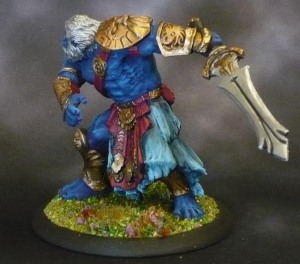 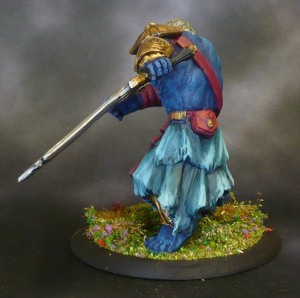 Being from the first Bones kickstarter, they are in the softer material. That big sword there was a noodle when I received it. I repositioned it with hot water, and again, it is for the most part OK even if it is slightly bent, it is only apparent from certain angles.

Also, it has a mould line indentation groove going down the front shoulder that I probably should have filled, as it became very apparent after painting.

I based it on a 76mm bespoke 3Dprinted round lipped base.

From the first Bones kickstarter, 2013 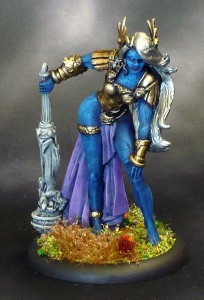 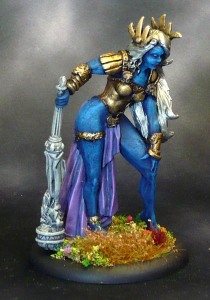 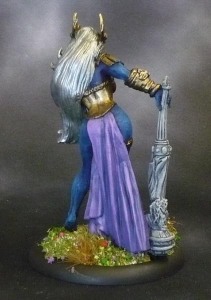 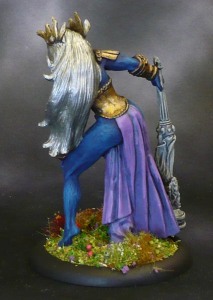 The female changed from being a Storm Giant to being a Cloud Giant between the kickstarter and the retail release of the miniature. Whatever the subtype, she still gets a case of Smurfette syndrome.

The pose of the female is a bit strange, and she does have a certain supermodel-vibe going on. Reaper has explained that the pose was meant to illustrate her bending down to talk to someone human sized, and as such it is not too bad. But taken out of context it just comes off as a bit cheesecake-ish. Reaper has acknowledged that the pose did not work as intended. The swimsuit-like corset really does not help to avoid this impression at all.

Again, a mini with a slight case of bendyweaponitis. (which, in fact, is the proper scientific name for it). Treated with hot water then cold to straighten out the worst of it.

I based her on a 50mm round lipped base.

77162 Yephima, Female Cloud Giant (the male one did not get a proper name, I wonder why not?)

From the first Bones kickstarter, 2013

50mm round lipped base