We begin with some fitting music:

Which also means I have been in a frenzy of difficult mould line removal, scrubbing little white rubbery plastic bits in warm soapy water, dipping said bits in boiling hot water then cold to unbend bits here and there, and gluing stuff together and to their new bases.

There are rather a lot of minis in this shipment…

So I break it down into portions. Already I have roughly a square meter covered in mins that are ready for the undercoat.

I snuck some of the translucent clear minis out first and did them up in time for their anti-shine spray varnish undercoat together with my Cthulhu Wars Glow In The Darks Great Old Ones that had been prepped for varnish undercoat just before I got the Bones 3 shipment.

So I start with the Air Elementals. I do not know what Reaper calls these as they have not been released for general sale yet. I will simply call them Greater and Lesser Air Elemental. 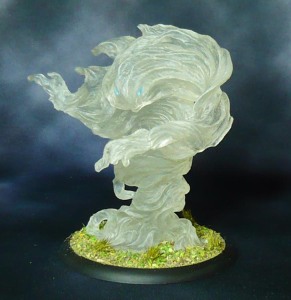 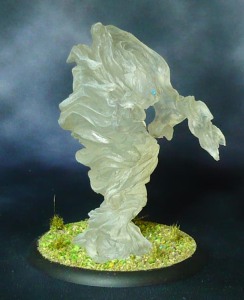 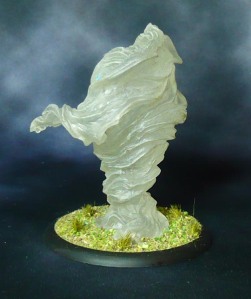 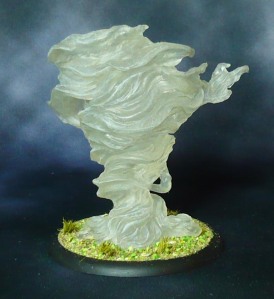 I dirtied them up to a varying degree, as any twister pulls a lot of loose debris up into itself. I thought about sticking a bunch of flock to it here and there, but a dry run looked less than satisfactory. So I dropped that idea. My efforts to try to brush the flock into a blown pattern, did not work either. 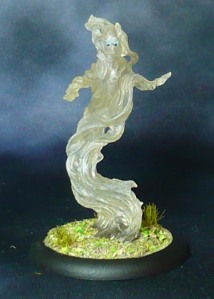 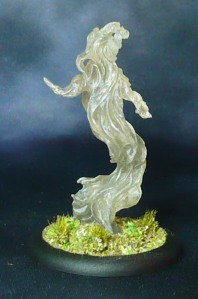 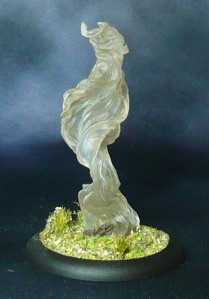 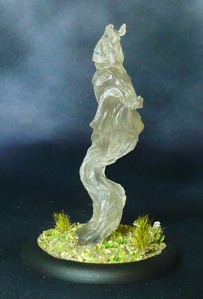 The bright light made them look a bit more frosted white than they actually are.

At last I have the complete set of the four classic types of greater elementals.