Time to speed up the PJs and get something done before the month’s end:

These are originally translucent blue. I wanted them to be greenish instead, which was easily accomplised with some vallejo green ink. Dot in some details and Hey, presto!

Bases as per my standard recognize-your-DreadBall-team-positions colour scheme, red for guard, yellow for jack and green for striker.

Always remember to prime tranlucents with some matte varnish or the paint will have problems sticking to the minis.

But the MVP was not made in translucent plastic, but in standard grey (…WTF Mantic!?!) and the same goes for the crystallan MVP. (ARGH!)

So I had to paint the damn thing with paint! 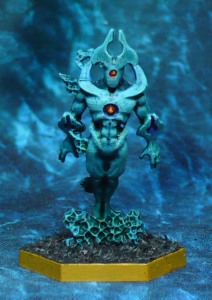 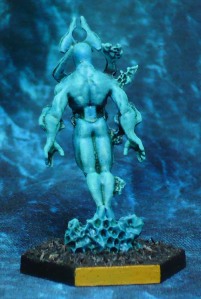 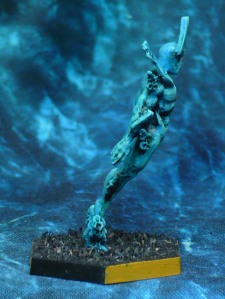 So it turned out a little different than the others.